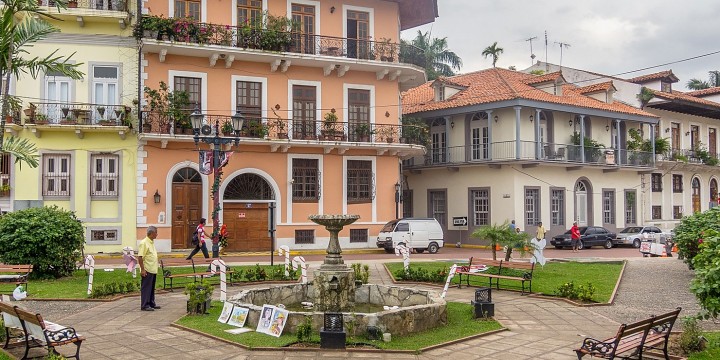 Months ago I thought it would be useful to write about what it’s like to stay in Panama City. I started and never got around it until I was recently asked if it is worth taking a trip to Panama. Now, I am back in this document finally finishing up my original post, on gentrification in the old city and what I learned during our time in Panama.

Staying in Panama City was different, I enjoyed the city as much as I could, but being the nature geek that I am, I found myself traveling endless hours across Panama. While some will say there is nothing to see or do in Panama City, if you are enlightened by learning about people of color, indigenous communities, and learning about the infrastructure and increase in property development and investments then Panama City will intrigue you.

Alex, our tour guide from @Xplora gave us so much information regarding Panama and was knowledgeable about different communities and their struggles. We touched on topics like gentrification, displacement, and immigration. My conversation with Alex allowed me to visualize the differences between living in the city, rural areas, and gentrified communities.

I also learned that Panama City and its surrounding areas are undergoing gentrification which has affected many Panamanians. I quickly remembered that gentrification fails in all countries and it is unfortunate that those who are underrepresented and of color are the community strongly affected by it. Over the years we have learned that gentrification is not “for the people”, it’s a way for the elite class and our oppressors to have control over our communities and displace the underrepresented. When gentrification occurs in places like Panama City most of the local community is displaced to rural locations where it can take more than one hour to commute to work in the city.

So where can you see Gentrification in Panama? Neighborhoods like Casco Viejo (the old city) were known to be owned by the local community. About a decade ago, Casco Viejo was considered unsafe. It was once known to be a dark community with a strong gang presence. Over years tourists were told to avoid walking to Casco Viejo due to high crime, flights, and drug abuse. Today, it is different. I felt “safe” and didn’t feel that I was in “danger”. It is know gentrified and the home of a new artistic style and where most rooftop bars and restaurants are located. In recent years the old city has blossomed and it’s considered a new “artistic colonial community” that has brought attention to many tourists and Panamanian artists. 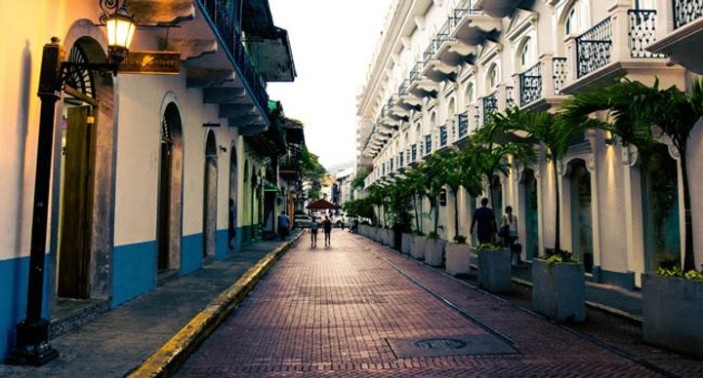 Some tips before going to Panama: Immigration in Panama is a big thing. You would be told to carry your passport at all times in case you are enforced by government officials to present documentation. Thousands of Venezuelans are fleeing economic injustice and are flooding other countries like Colombia, Panmana, Brazil, and Ecuador. I learned that in Panama there is a high level of Xenophobia towards Venezuelans. On my trip I heard a few locals make inappropriate comments towards Venezuelan women calling them prostitutes. Like undocumented Mexicans and other Latinx communities in the U.S, Venezuelans are being pushed out, marginalized, facing xenophobia not only in Panama, but in South America as a whole. While carrying your passport at all times is a must, knowing the reasons behind this touches my heart and I am in deep sorrow — to know that members of the Latinx community (MY COMMUNITY) cannot find peace, work, and live in countries that should stand strong in solidarity with the Hispanic and Latinx community is overwhelming and very heart breaking.

OUR SHOP VIAJERX AND CO

To The Airport...And Beyond
Wings of Wanderlust
On Key Travel
Travel Latina

Featuring womxn of the Latin American and Caribbean diaspora traveling the world.

A journey around the world & motherhood